Initially the gelding was given 3 months pasture rest. On examination after this rest period, the horse was short striding when turning in a small circle to the left on a hard surface. Re-examination a few weeks later showed the gelding had progressed to exhibit LF lameness in canter and trot. Both left and right forelimb distal interphalangeal joints were medicated, and a further 25 days box/stall rest was advised.

The radiographs were unremarkable; no clinically relevant abnormalities were noted (figures 1 and 2). Due to the severity of lameness and lack of findings on radiography, MRI was performed.

A focal, irregular area of decreased signal on both T1 and T2* weighted images (figure 3 and 4) at the distal dorsal aspect of the middle phalanx just lateral to the sagittal midline. This was adjacent to the dorsal articular cartilage but did not appear to involve the joint. The lesion produced high signal in the STIR sequences, indicative of excessive fluid presence within the bone (figure 5).

The MRI findings indicated an inflammatory lesion within the bone of the dorsal distal aspect of the middle phalanx.  Differential diagnoses included; edema, necrosis, infection, ischemia or a cystic like bone lesion. Re-examination with MRI 8 weeks later revealed no abnormalities indicating the lesion had resolved and increasing the likelihood of traumatic origin.

Initially the horse was pasture rested for 5 months. The horse was then slowly brought back into work. Walking work only was recommended for the first 6 week and then reassessment before progressing with rehabilitation. Unfortunately, reassessment at 6 weeks revealed only minor improvement in the lameness and a decision was made to retire the horse from show jumping. 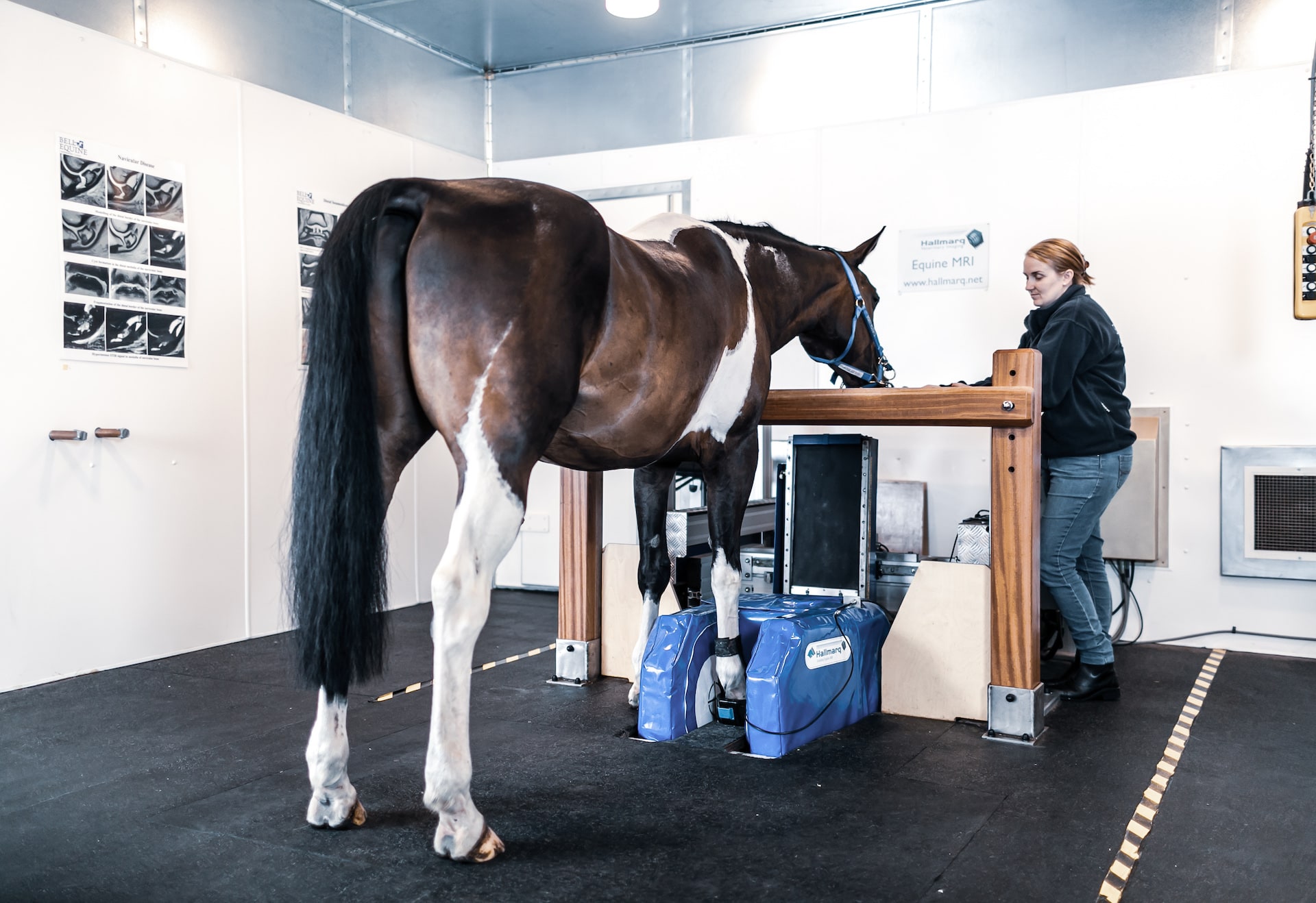