In our campaign to #imagemorehorses, we present a complex and unusual case in which multimodal imaging facilitated a rapid and accurate diagnosis.

A 6-year-old Irish sports horse presented with a history of grade 3/5 left hind lameness. The lameness had improved following an abaxial sesamoid nerve block. Radiographs taken by the referring veterinarian revealed an abnormal lucency in the distal phalanx and MRI was recommended for further investigation.

CT examination confirmed the dilation of the vascular channels of the lateral half of the distal phalanx, with a prominent laterally located channel, which was thought to represent collateral circulation.

The cause of the marked dilatation of the lateral portion of the terminal arch was not established. CT angiography was discussed, however, this was not possible. Positive contrast venography was carried out, which revealed filling defects in the lateral proper plantar digital artery, extending from the midpoint of the terminal arch to the mid diaphysis of the middle phalanx. There remained good contrast filling of the remainder of the lateral vasculature, likely indicating adequate collateral circulation.

The patient was diagnosed with thrombosis of the lateral proper digital artery with dilatation portion of the terminal arch, which was presumed to be due to pressure necrosis secondary to enlargement of the vasculature.

The MRI and CT showed that the unusual lucency detected radiographically within the distal phalanx represented the lateral portion of the terminal arch. MRI examination showed fluid signal within the bone surrounding this, likely indicating osseous activity. The CT examination confirmed the dilatation of the terminal arch and highlighted the presence of a collateral vessel. The cause of the dilatation was confirmed as thrombosis using venography.

The #imagemorehorses campaign is a joint mission to raise awareness of the accessibility and benefits of using advanced diagnostic imaging for your equine practice. 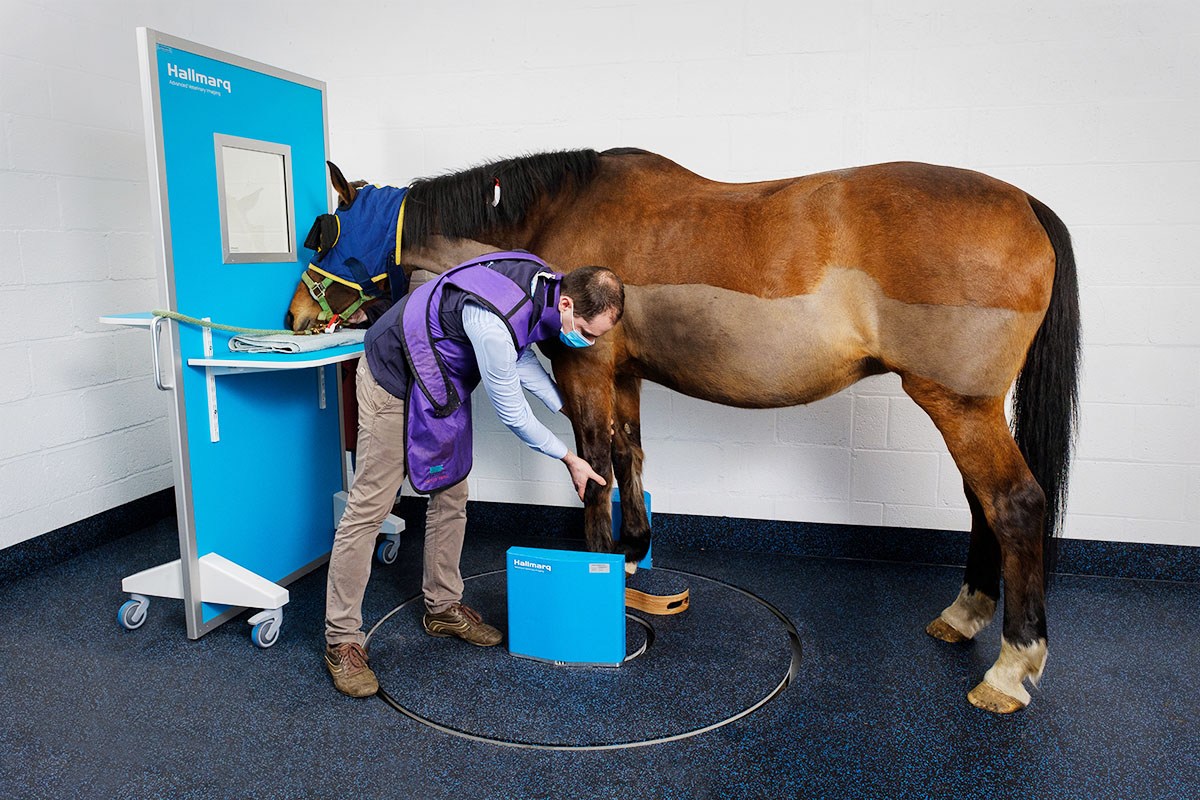