Chiari-like malformation appears to be an eclectic group of several different conditions with a poorly understood relationship with each other. Accordingly, we now understand it to be a “global” skull and cranial cervical junction malformation.

As part of this multifactorial problem, there is often a loss of nasal passages and frontal lobe flattening in association with brachycephaly. Since the olfactory mucosa is one of the most critical sites for cerebrospinal fluid (CSF) absorption, reducing that surface can cause fluid build-up within the brain and the spinal cord.

Syringomyelia development is caused by a combination of brachycephaly and malformation of the craniocervical junction. We invited Professor Clare Rusbridge, a leading expert on Chiari-like malformation and syringomyelia, to share her insights on the current understanding of these problems and their MR imaging interpretation.

There are several characteristics of Chiari-like malformation.

Diagnosis is challenging because this disorder isn’t always immediately apparent in magnetic resonance imaging (MRI) studies and doesn’t manifest itself in consistent clinical indications. In fact, patients without any clinical signs may still have Chiari-like malformation. The same is true for syringomyelia, although the identification of this disorder is more easily made and more objectively assessed, enabling long term monitoring and evaluation of treatment success.

When diagnosing syringomyelia, MRI becomes useful in ruling out other disorders which could be responsible for the clinical signs as well as documenting the multiple malformations which are a composite of the Chiari-like malformation diagnosis.

What to Look for in Syringomyelia MRI Studies

The primary characteristic of syringomyelia is dilatation of the central canal of the spinal cord creating a variably sized cavitation filled with CSF. Clinically-relevant syringomyelia causes signs of spinal cord disease in the late stages but initially is associated with a phenomena called ‘phantom scratching’ as well as a deviation of the neck (termed scoliosis), which can in some cases appear similar to a head tilt. The neurolocalization corresponds to the damage done by the syringomyelia, which can extend from the cranial cervical vertebrae into the lumbar vertebral column.

Using the MRI study, assess the spinal cord and syrinx at their widest points via transverse sequences. Before you explore whether visible central canal dilation or syringomyelia corresponds with clinical signs, you should expect a syrinx width of about 4mm or more in Cavalier King Charles dogs and French bulldogs. The width may be less than 4mm for smaller breeds, like Yorkshire terriers, although still greater than 2mm.

Even with the spinal canal significantly affected by the cavitation that is syringomyelia, many dogs can still walk since they have enough white matter tracts preserved on the outside.

Chiari malformation and syringomyelia are complex disorders, but we’re learning more about them every day. 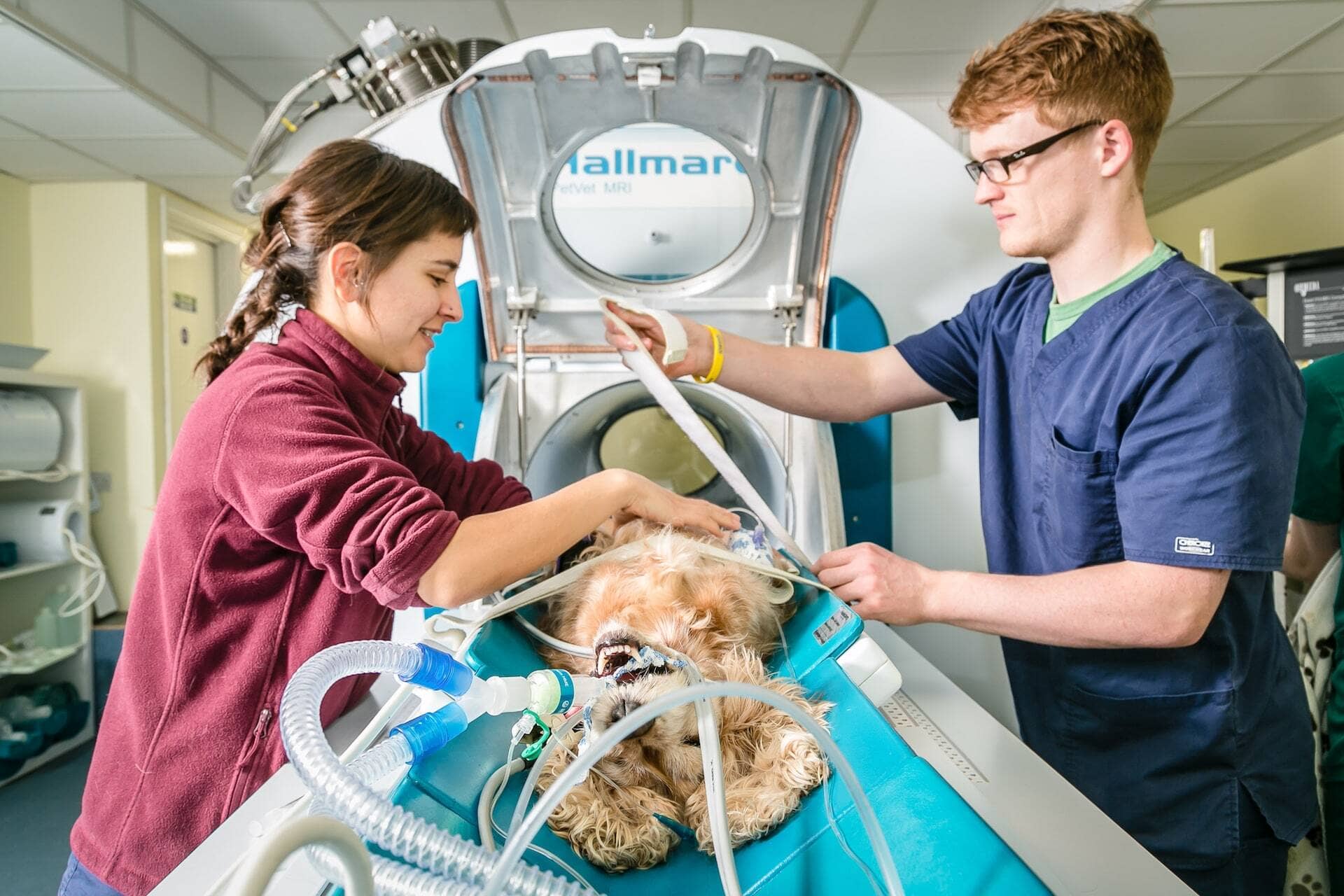